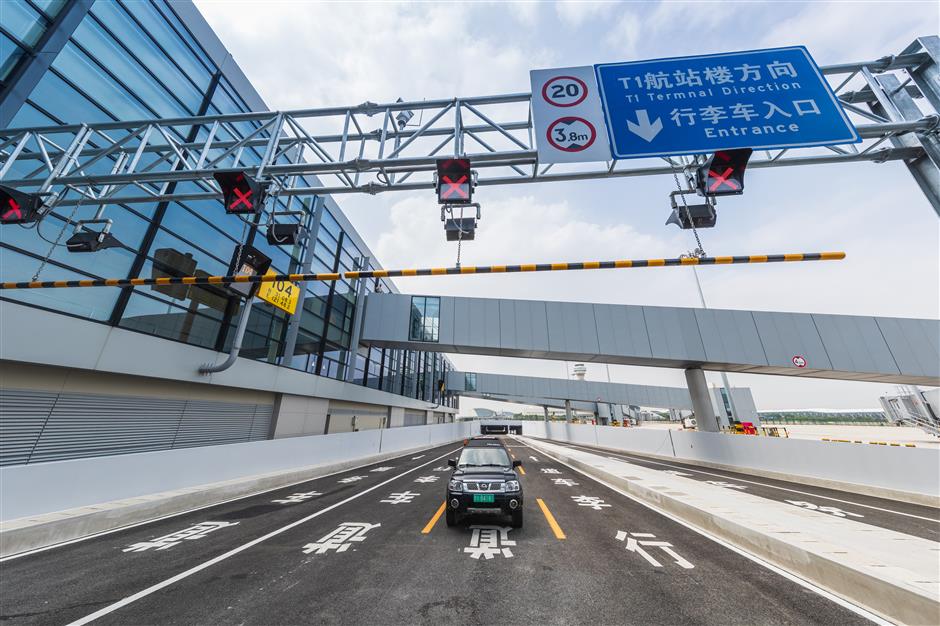 A vehicle is one of the first to use the newly completed tunnels at Pudong airport.

Two tunnel projects have been completed at Pudong airport to reduce the shuttle times for remote boarding, while better connecting T1 and T2 with the new satellite terminal.

The new terminal, the world’s largest satellite terminal known as S1 and S2, is about 700 meters from the T1 and T2 terminals. It is scheduled to open later this year.

The new tunnels will serve luggage, shuttle and service vehicles between T1 and S1 as well as T2 and S2. A subway line will transport passengers between T2 and S2 through the tunnel, Shanghai Airport Authority said on Tuesday.

The tunnels, along with an express subway system, will offer convenient transport between the existing terminals and the new facility. It will also reduce the shuttling time to some remote boarding stands to as short as two minutes, the authority said.

Currently, shuttle buses have to detour the taxiways T3 and T4, the airport’s busiest taxiways.

The Pudong airport handles over 700 daily flights and nearly 60 percent of the planes taking off and landing use the taxiways.

“Both the experiences of passengers to remote boarding stands and the operation efficiency of the airport will be largely improved,” the airport authority said.

Construction on the tunnels started in December 2014. Workers had to dig overnight as well as build temporary taxiways to avoid interrupting operations at one of the world’s busiest airports, the authority said. 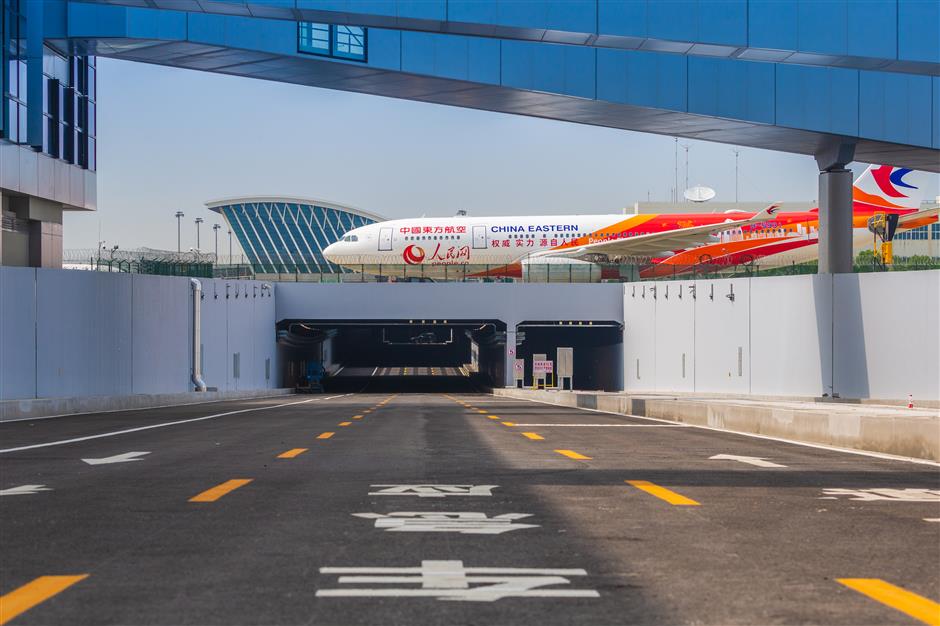 Work on the two new tunnels at Pudong airport was carefully planned to avoid disruption to operations at one of the world’s busiest airports. 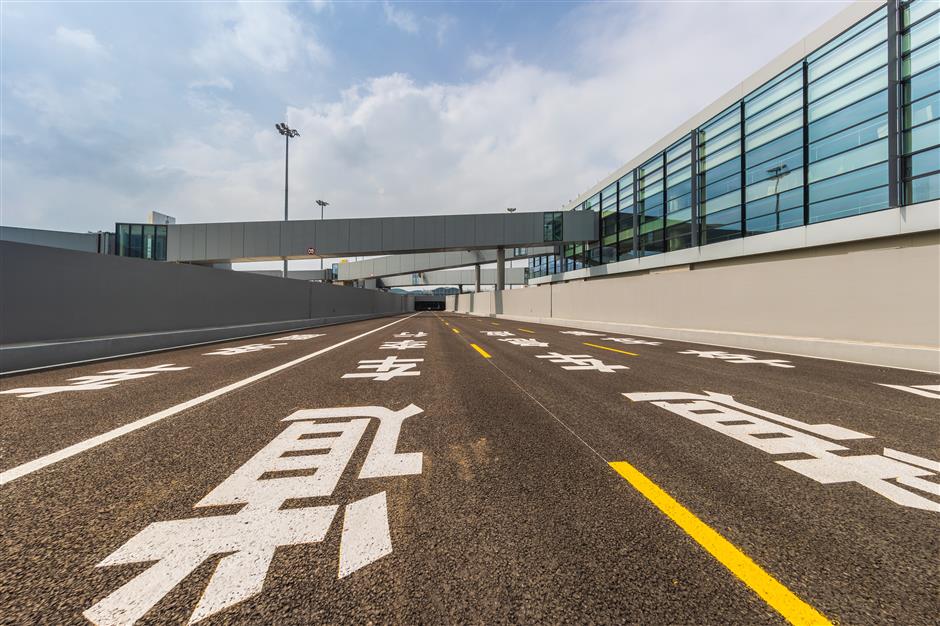 Two new tunnels have been completed at Pudong airport to reduce the shuttle times for remote boarding, while better connecting T1 and T2 with the new satellite terminal.

The Pudong airport, which serves over 200,000 daily passengers, remained in operation during the work. The schedule would have been 18 months if the T3 and T4 taxiways had been closed at the same time to allow for digging, according to the authority. But to reduce the influence on flights it was extended to four and a half years.

Workers built a temporary T0 taxiway and shut down T3 and T4 alternatively. They also had to work between midnight and 6am to avoid disrupting the busy daytime flights.

The construction team also had to relocate complicated underground pipelines for air traffic control, intercommunication and aviation oil. The largest scale of pipeline relocation for communications cables between the air traffic control tower, runways, radar stations and air traffic management centers had been conducted during the tunnel project, the authority said.

The Pudong and Hongqiao airports handled over 117 million passengers in 2018, a 5.2 percent increase year on year, making Shanghai the world’s fifth-busiest air hub after London, New York, Tokyo and Atlanta.

The airport authority has launched a series of expansion and renovation works, including the building of the satellite terminal that started in 2015. 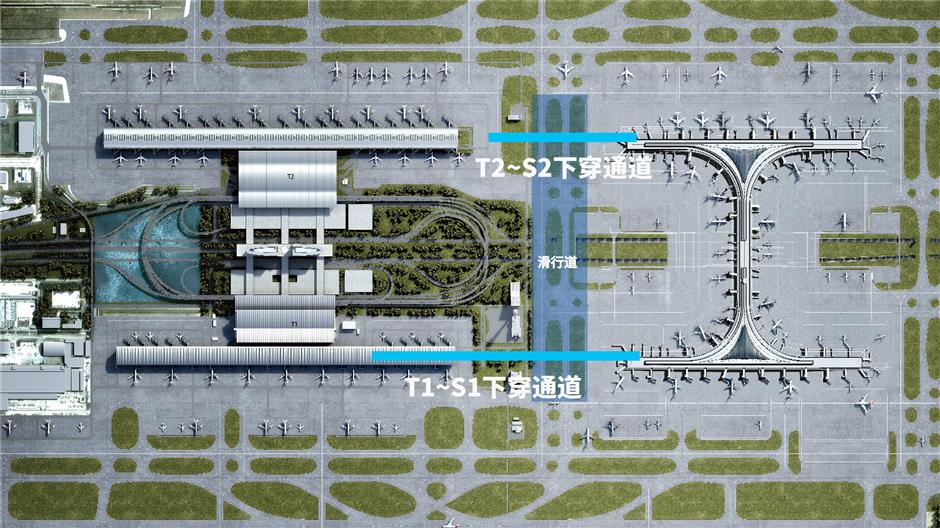 Two new tunnels will connect T1 and S1 as well as T2 and S2 at the Pudong airport. 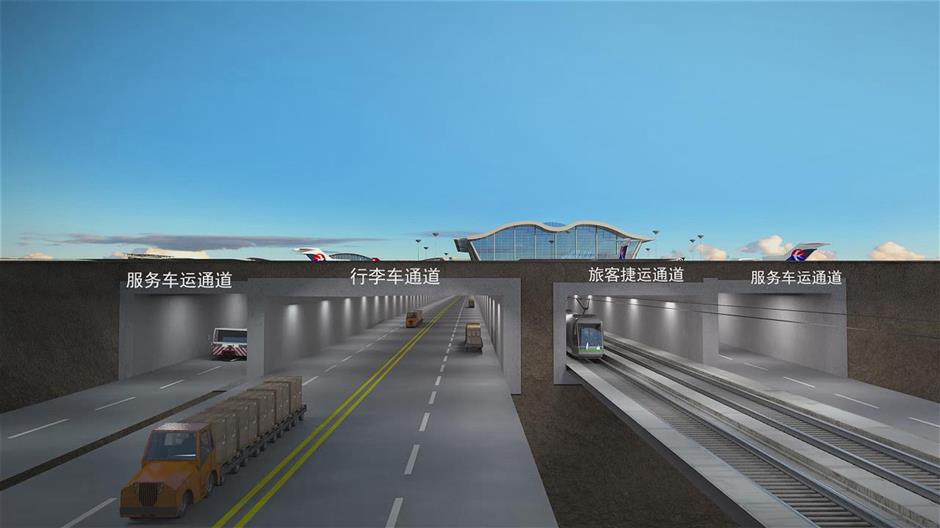 Two new tunnels at the Pudong airport will serve luggage, shuttle and service vehicles between T1 and S1 as well as T2 and S2.